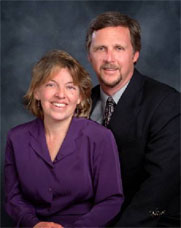 John & Theresa Flood
We send missionaries all over the world at great cost in order to reach other cultures for Christ. This is good, but a missionary has a limited scope of influence and when a missionary leaves the country, unless indigenous leaders have been raised up, the church atrophies.

A better way to establish God's Kingdom is by providing Biblical training to indigenous leaders. Then, when missionaries depart the church remains strong. Further, because Native people know their own culture, once they are Biblically trained they can present Christ more effectively in it than the average missionary. Finally, training leaders multiplies ministry. For example, if a missionary establishes five churches of 100 in the course of his life he has reached 500 people for the Lord. A missionary who trains just ten leaders, each of whom establishes five congregations of 100, multiplies his ministry 10 fold. Now imagine training ten leaders a year for 20 years; 100,000 people will be reached. This is an efficient use of limited mission funds, an effective way to reach other cultures for Christ and the best way to establish healthy indigenous churches.

Twenty years ago, while at Valley Forge Christian College God placed a burden on my heart to serve as a missionary Bible College teacher. A year ago a door of ministry opened for me to teach at the Native American Bible College in North Carolina as a missionary teacher. My wife, Theresa and I have prayerfully accepted this opportunity and were recently commissioned at US missionaries to the Native Americans.

Robeson County is home to the largest Native American population this side of the Mississippi - the Lumbee Indians. It is a rural area laced with drugs, alcoholism, poverty, violence and crime. The high school drop out rate varies from 33% - 45%. If you live in one of the small towns, it is not unusual for prostitutes to knock on the door during dinner looking for business. In its midst God has planted the Native American Bible College to provide accessible, affordable and culturally sensitive training for Native pastors. This is an area deeply in need of Jesus and trained Native pastors who can effectively reach others in their culture for Christ.

Training Native leaders is an effective use of mission money, an effective way to reach the lost, and fulfills America's historical promise to evangelize the Native Americans. We are praying for many to join us in this missionary burden and vision. 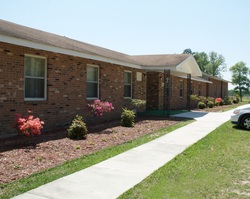